Hauntingly beautiful, achingly tragic. That’s how I would describe the tale that Kate Morton wove for us in The Clockmaker’s Daughter. It’s a prismatic look at love and loss, finding meaning in life through its meaninglessness, it’s about time and timelessness, time and place, place and art, and the people that are connected by those things in a web of history and circumstance, and dare I say, a bit of fairy magic.

The story is told using multiple points of view, with each character’s story filling in one or more pieces to the overarching mystery. What happened during the summer of 1862? And how does what happened that night shape the lives of so many seemingly unrelated people across the centuries?

This is my second book by Kate Morton, having first read The Forgotten Garden (if you haven’t read it, you should add it to your list too). There is so much to love about this book: a sultry view of Dickensian England and the cut-throat world of art at the time, the idea of a place being outside the precepts of time, and the writing, that beautiful, lyrical writing. Oh, and there’s murder, thievery, romance, betrayal, and a bit of philosophy thrown in too.

The story is one that sticks with you, appropriately haunting you. It covers 150 years, from Victorian England to WWI and WWII, to today. The story centers around a painter, Edward Radcliffe, his muse-turned-lover, whose name was lost to time, but who bears witness to the years that pass at Birchwood Manor. It was rumored that Edward’s muse and model, Lily Millington, had conspired and stolen the extremely valuable blue diamond belonging to the Radcliffe family, then absconded with it to America, never to be seen again, leaving Edward’s fiancé dead and his life in ruins. After his death, 20 years later, Edward’s sister, Lucy, inherits the house, turning it into a school, then subsequently a scholarship retreat for artists and those who study it. Over the years, it also sheltered a widow and her children during the Blitz, and a WWI soldier suffering the after effects of The Great War. It is the voices of the “special ones,” those visitors that have garnered favor with our ghostly narrator, that we are given multiple points of view.

Often, I find it hard to like stories told from multiple points of view, primarily because it is just so difficult to develop each character in a satisfactory way. In bringing several to life so clearly, one or more other voices fall flat by comparison. I felt that Morton did a better job with this challenge than most, as I really felt I knew and understood most the characters.

My favorite voice was that of Leonard, the WWI veteran who was selected by Lucy for the art history scholarship, so that he could complete his thesis on Edward Radcliffe.

The only positive to be drawn from the war was the realization of how little a man actually needed to survive.  How little the rest of it mattered. All of those abandoned grandfather clocks; people who simply closed the doors on their mansions and fled with their families in search of safety.

I just found so much of what Morton said through Leonard so insightful and meaningful.  His reflections on the war and how it shaped mankind really spoke to the meaningfulness and meaninglessness of life.

It was the very meaningless of life that made it all so beautiful and rare and wonderful.  That all of its savagery—because of its savagery—war had brightened every color.  That without the darkness one would never notice the stars.

‘Here lieth one who sought truth and light and saw beauty in all things, 1842-1882.’  Leonard found himself staring as he often did at the dash between the dates. Within that lichen-laced mark there lay the entire life of a man….

Morton also uses the voice of Edward’s sister, Lucy, to spotlight the way women were treated during that time, and what was and was not expected of them.  It speaks to how far we have come, and how far we still have to go.  I really enjoyed Lucy’s memory of her brother telling her how important her brain was and that she should use it.

What hubris it was, he said, that mankind should think to halve the powers of the human race by ignoring the minds and words of the female half of it.

The only exception was Elodie, who in the present day plot line just seemed so flat compared with her contemporary, Jack. Comparing them, I felt like Jack was better developed than Elodie, which would seem backwards since we never really have Jack’s own POV. We only ever see him in Birdie’s observations and in interactions with Elodie herself. Conversely, we did have Elodie’s POV, and I just couldn’t connect with her. All that said though, Elodie was the only one I felt like that with, as Morton did fantastically with the rest of them, even the characters whose POVs we weren’t given, like Edward himself.

I would like to take a minute or two to point out just how beautifully Morton writes.

Light.  I took to watching it on the spring trees, noticing how it turned the delicate new leaves translucent.  I observed the way it threw shadows against walls; tossed stardust across the surface of the water; made filigree on the ground where it fell through wrought-iron railings.  I wanted to touch it, this marvelous tool.  To hold it in my fingertips the way I did the tiny objects on my father’s workbench.

The only other thing I might pick at this novel for is the ending. Morton leaves a lot to the reader to fill in the blanks, and I can appreciate that, but it felt somewhat unresolved still. Morton would have you believe open-endedly in fairy magic being responsible for the house’s “protection” and even for possibly restraining Birdie’s movements and keeping her there. She leaves a lot up to the reader’s imagination here. I can respect that. How would one go about explaining the unexplainable, exactly? But I would have liked to have seen some more resolution with the characters, particularly Elodie. I would have liked to have seen a bit more of what happened when she finally talked to her dad, what her next visit to Tip would look like, and if she pulled out of her loveless engagement. All of this might just point once again to a lack of development of Elodie’s character. And also, I found the final location of The Radcliffe Blue to be a bit unbelievable.

But my nitpicking aside, this was a thoroughly enjoyable read. It was one that I savored, taking my time with it, like visiting with your best friend over a cup of hot tea. The story and characters are richly engaging; I like that the multiple POVs further the story without becoming redundant (another hazard of multi-POV in my opinion); and the plot was both a history lover’s dream come true and possibly even a philosopher’s dream to true as well, given the recurring theme of time and place.

There were so very many lines from this book that I just want to fold up and put in my pocket to carry around with me.  I would list them all here for you, but I really think you should find them yourself and read this book.  Until then, I’ll leave you with one final quote that I believe sums up the central theme of this book.

[in a] ‘manifesto’ penned in 1861 by Edward Radcliffe and titled, ‘The Art of Belonging,’…the artist exulted about the connection he perceived between human beings and places; places and art.  ‘The land does not forget,’ Leonard could remember reading. ‘Place is a doorway through which one steps across time.’

One thought on “The Clockmaker’s Daughter – Book Review” 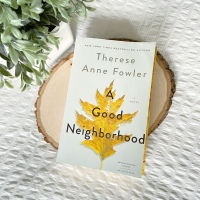 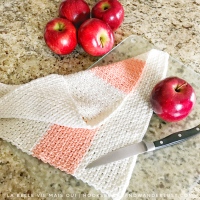