Dimple Shah has it all figured out. With graduation behind her, she’s more than ready for a break from her family, from Mamma’s inexplicable obsession with her finding the “Ideal Indian Husband.” Ugh. Dimple knows they must respect her principles on some level, though. If they truly believed she needed a husband right now, they wouldn’t have paid for her to attend a summer program for aspiring web developers…right?

Rishi Patel is a hopeless romantic. So when his parents tell him that his future wife will be attending the same summer program as him—wherein he’ll have to woo her—he’s totally on board. Because as silly as it sounds to most people in his life, Rishi wants to be arranged, believes in the power of tradition, stability, and being a part of something much bigger than himself.

The Shahs and Patels didn’t mean to start turning the wheels on this “suggested arrangement” so early in their children’s lives, but when they noticed them both gravitate toward the same summer program, they figured, Why not?

Dimple and Rishi may think they have each other figured out. But when opposites clash, love works hard to prove itself in the most unexpected ways.

This novel was a cute, easy, fun read, perfect to listen to while on the plane during vacation while I crocheted. It’s been a while since I read anything YA, and I forgot how angsty it can be, and I definitely don’t miss that part, as I found it a bit annoying throughout the book. I can’t knock points for that though, as that’s a trademark of the genre. But it was a refreshing change of pace from some of the heavier titles I’ve been reading as of late.

Dimple was relatable as a girl on the cusp of adulthood who was struggling to be true to herself when who she was seemed to be something her parents didn’t wholly understand. She wasn’t content to marry the IIH (Ideal Indian Husband), be a homemaker, and obsess over makeup and babies. She was adamant about following her passion of coding, which was at odds with what her mother and aunts saw as what she SHOULD be doing. She knew who she was, and I admired her strength and courage of stepping away from what was expected and traversing the risky, unknown path of a career-woman instead.

She wept for her hardheadedness, and for a world that couldn’t just let her be both, a woman in love and a woman with a career, without flares of guilt and self-doubt seeping in and wreaking havoc.

Rishi, too, was relatable as he strives to adhere to his parents’ wishes, not rocking the boat, like he sees his brother doing. He sees it as his duty to be “the good child,” doing as his parents expect him and attending MIT for engineering and setting aside his passion for drawing comics even doing so seems to crush his spirit. He was so desperate not to rock the boats with his parents that he agreed to an arranged marriage and jumped in with both feet, much to my amusement, as he assumed Dimple was on board with the plan, when a husband was NOT in her plan at all.

I also really like the secondary storyline of Celia and Ashish, both separately and their joint story. Ashish, like Dimple, struggles against what his parents expected of him, how he felt like he was always wrong in his parents’ and brother’s eyes, when all he was trying to do was stay true to what he wanted for his life. Celia struggles to fit in with the cool kids, forcing herself to act like someone else just to fit in, when doing so only made her unhappy.

So this is my way of saying, Hey, maybe I believe something a little different. And every time someone asks me why ‘gods,’ I get to explain Hinduism.

Also, I picked up this book because I feel a certain responsibility, as a white Christian, to understand the points of view of minorities, so that I can better respect them, as they deserve, like Rishi’s explanation why he said “gods bless you.” I like the way Dimple’s idol, Jenny Lindt, summed it up:

You’re going to see a lot of it. People getting ahead unfairly because of the category into which they were born: male or white or straight or rich. I’m in a few of those categories myself, which is why I make it a point to reach out and help those who aren’t, those who might not necessarily be seen if I didn’t make the effort. We need to shake this field up, you know? We need more people with different points of view and experiences and thought processes so we can keep innovating and moving ahead.

This story has spirit, humor, and verve, and lessons to be learned. It has the sweetness of a first romance, and the rollercoaster of emotions when faced with staying true to yourself or to the mold someone else is trying to put you into, even when it’s well-meaning, and maybe, just maybe, being brave enough to be yourself anyway.

*The opinions and recommendations given in this post are entirely my own. I wouldn’t suggest anything to you that I have not tried and done myself. I earn nothing from my recommendations, I’m simply passing on a little information. 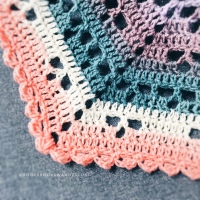